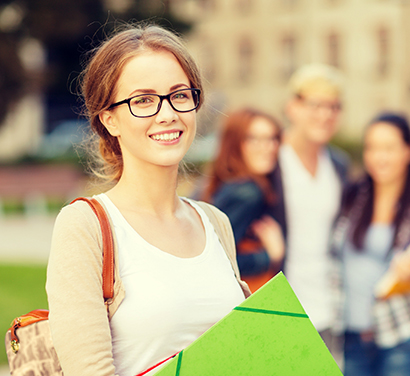 Mr. Ganapathy, joined the Indian police service in 1967 after training at National Police Academy Mount Abu, Rajasthan. He served as Asst Superintendent of Police in Sivakasi & Tirunelveli. In 1971, Mr. Ganapathy joined the Intelligence Bureau, Govt of India at New Delhi and worked in Delhi, Kohima Nagaland & Bangalore for the next 14 years in various sensitive assignments. On his return to TN Police in 1984 he worked as: DIG - Chengalpet Range, IG Admin, Intelligence, Director of Vigilance & Anti- Corruption & Director General of Police - Training.

Mr. Ganapathy has been felicitated with the following prestigious awards for his contribution:

The President's Medal for Distinguished Service (1992)

As a President & CEO, Mr. Balaji Chandran will be responsible for building the vision and guiding the company's strategies. Prior to the formation of Competitive Edge, Mr. Balaji was the Chief Financial Officer for HMA Group of companies.

HMA was the first corporate to introduce the ATM & Switching technology into the Country. During his tenure, spanning over 17 years, he played pivotal role in the arena of disinvestment, demerger, setting up state-of-the-art ATM assembling unit at Union Territory of Pondicherry.

He is presently the Chairman and Managing Director of Hawkeye Realty Ventures (P) Ltd., a company pioneer in providing custodial support services and Housing projects for the Doctors fraternity. He holds a Bachelor Degree in Commerce and Master of Business Administration in Finance.

Mr. Suryakumar possesses over 20 years of experience in the field of Legal & Secretarial matters including amalgamation, mergers and acquisitions. He has also worked with HMA Group of Companies for over 7 yrs where he was handling Legal & Secretarial matters. He holds rich experience & immense knowledge in Land Banking and other Realty related matters.

He is presently the Chief Operating Officer of Hawkeye Realty Ventures (P) Ltd., a company pioneer in providing custodial support services and Housing projects for the Doctors fraternity. He holds Bachelor's degree in Law and is a Member of Institute of Company Secretaries of India.

After completing M.B.B.S. in 1970 Dr. Narayanan underwent Diploma in Orthopedics in 1980 and worked at various institutions and retired from service as Senior Civil Surgeon (Orthopedics) ESI Hospital, Ayanavaram, Chennai. He was the Vice-President in TNGDA, Chennai district for 20 years.

An advocate practicing in High Court and its Subordinate Civil and Criminal Courts in the state of Tamil Nadu, having 30 years of rich hardcore experience in Civil & Commercial Litigations, Criminal Litigations, Drafting & Conveyanicing, Arbitration, Matrimonial matters, Documentation and adept in Corporate legal matters, compliance of the policies & implementation.

An English literature graduate. She's an Educationist for 15 years. She is self motivated and serves the best interest of students in any educational settings by facilitating student's natural desire to discover and contribute to society.

Competitive Edge academy is an initiative of the Doctors's Trust (DHEPT), aimed at imparting quality education of the highest order.